ELNAZ HAJTAMIRI HAS BEEN MISSING FOR ONE YEAR AFTER A ATTEMPTED MURDER IN RICHMOND HILL AND A SHOCKING ABDUCTION IN WASAGA BEACH.

(January 12, 2023 Toronto, Canada) Madison Worldwide the public relations agency of record for the Hajtamiri family announces a recap of what is currently known about the abduction of Elnaz Hajtamiri on January 12, 2022 and the prior incidence of attempted murder on December 21, 2021 in the Richmond Hill section of Toronto.

Elnaz Hajtamiri (Tamiri), 38, is a beautiful young professional abducted from a relative’s home in Wasaga Beach North, at Trailwood Place, on January 12, 2022. It has been 1 year and the police still do not know her whereabouts.

Elnaz was born and raised in Iran to a loving family and graduated with her Bachelors in International Insurance. She married her beloved husband, Farnam Shapourifar, at 25 years old, and together they lived a happy life with a passion for traveling around the world. In 2017, Farnam, an animal veterinarian, died tragically, leaving Elnaz and her family in complete devastation. Soon after his death, Elnaz used their savings to build a school for young girls in an impoverished village in Iran in honor of her late husband’s name.

After much deliberation and in an effort to rebuild her life, Elnaz decided to move to Ontario, Canada in 2018. She worked hard to settle into the Toronto community, working as an administrator in import/export shipping, volunteering with charitable organizations, and eventually gaining her Canadian Permanent Residency. Elnaz had recently left the shipping industry, and her most recent endeavor was working on building her new cake-making business, which is a creative passion of hers.

Elnaz dedicates much of her life to serving the needy and offering her support to her community. She lives a quiet and decent life surrounded by her friends and family, focusing most of her efforts on various community initiatives. She is a loving, educated, kind, and generous woman and is loved by her family and friends all around the world.

What is known today:

December 21, 2021 (Richmond Hill Attack)
Prior to the abduction on January 12, 2022 in Wasaga Beach, Elnaz had been attacked in the parking garage of her apartment building in Richmond Hill on December 21, 2021. She was violently beaten by two South Asian men with a steel frying pan in the parking garage of her building that led to 30 – 40 stitches across her head. Following Elnaz’ garage attack, a family representative said she was apprehensive about getting into the ambulance – stating that she was not sure they were “real paramedics and police”. It is unclear why she felt endangered and believed this to be true.

There have been three arrests in this December 21, 2021 attack and they include the following:

Where it stands as of January 12, 2023: SINGH pleaded guilty to (one count of aggravated assaulted contrary to section 268) and was sentenced to time served . He has been deported as a result of an existing Federal order.

Where it stands as of January 12, 2023: BINNER is in police custody awaiting trial and no trial date has been set.

Where it stands as of January 12, 2023: LILO is in police custody awaiting trial and no trial date has been set.

Prior to Elnaz’s attack and kidnapping, she was fearing for her safety as tracking devices were found underneath her vehicle on separate occasions. She had recently terminated her relationship with her ex-boyfriend Mohammad Lilo in September 2021 and felt that she was being watched..

Prior to this initial attack in December, 2021 friends and family say that Elnaz’ behaviour had suddenly changed. She exhibited fear and was reclusive, asking her loved ones to lock their doors and change their home security codes and to follow her car home to ensure she arrived safely. It is unclear what caused her sudden change in behavior prior to December 21, 2021, but it it is believedthat she was fearful for her life.

In the year since her abduction, the family has been devastated and doing everything within their power to bring her home.

On January 12, 2022, Elnaz was kidnapped from a relative’s home she considered a safe house in Wasaga Beach. Three black masked men dressed in police gear forced their way into the home at 8:32 pm. Against her will, they dragged Elnaz out from the home into the snow, screaming for help. She was thrown into an awaiting white Lexus SUV and has not been seen since.

The three armed men dressed in police gear have not been identified or apprehended. However, there has been one arrest in this abduction:

Where it stands as of January 12, 2023: LILO is in police custody awaiting trial. No trial date has been set.

Behind the headlines, there is a family that desperately seeks for information about their daughter, niece, cousin and sister.

“It is difficult to face the fact that it has been one long, painful year since we last saw our beautiful daughter, Elnaz. We open our eyes every morning, thinking this will be the day she calls to tell us she is alive and safe – but that day never comes. I just want to hug our daughter again. The horrors we have seen, the nightmares we sleep with as our imaginations run wild with possibilities, and the demons we have come face to face with during this investigation are hard to comprehend. However, nothing weighs more heavily on our souls than the idea that we may never know what happened to Elnaz. We are perpetually living in a limbo of emotions, and until we know what happened to her, we can’t break out of this endless loop and move forward with the next stage of grief: acceptance.

We know there are people out there who have information, and who may be contemplating whether to come forward. We pray that you will do the right thing and help us out of this suffering, and bring justice for Elnaz. Your immense courage would be for her, and for all the countless other women out there who live in fear, who are abused, who try to do all the right things to escape – who ultimately disappear from this world without a trace…

Police also created the hashtag #BringElnazHome and encourage the public to share photos of Elnaz using the hashtag.

Here are some stories that ran yesterday,

Police are offering a $100,000 reward for information finding a woman kidnapped in Wasaga Beach

Elnaz Hajtamiri was taken by three masked men on January 12, 2022 from Wasaga Beach. $100,000 reward for information that will lead to Elnaz’s location. pic.twitter.com/wtlyGWzc3p

About Madison Worldwide
Founded in 2009 by a 25-year Advertising & Public Relations veteran. We have chosen to work exclusively with small and medium sized businesses, start-ups and individuals who are seeking publicity for missing persons. In 2022 Madison Worldwide received credentials to work for the US Government on advertising and media contracts as an official Woman Owned Small Business. For more information, visit https://www.madisonworldwide.com 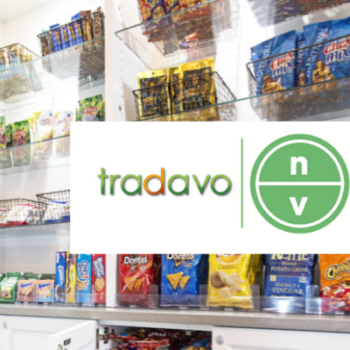